4 Ways to Tap Into the Collective Unconscious for Inspiration

Have you thought about a thing called the collective unconscious and how you can use it to gain inspiration? Did you know that some of your behavior is learned from the pre-historic existences?

If you ever thought about doing something and noticed that your mind goes into a certain state of “knowing how”, you’ve probably reached collective unconscious.

Is the Collective Unconscious God?

Regardless of what you believe in, this universe came to be because of some form of energy. The energies we know today are related to light, electricity, movements, and they all have some sort of vibration that keeps them “active.”

The term God is very wide but if you were to think of God as someone who created the energies known to man, then God could be tightly connected to the creation of the collective unconscious as well.

One could argue that through creation of vibrational things, God opened up the collective unconscious, and let it “roam” the Earth.

What is Collective Unconscious?

Think about it – every word everyone had ever said or thought became a vibration, and this world is based on vibrations and their correlations. It might be hard to grasp, but your DNA is also vibrating.

And what are people but a huge percentage of water, and water remembers things! Not just from the present, but from the past. You basically drink the same water that dinosaurs drank.

That water flows through your system and you “become” it. You start carrying all the vibrations that it carried around for all these centuries.

But collective unconscious goes deeper than water. It represents a specific connection of all minds.

Jung’s theory on the collective unconscious relies on the idea that it is made up of a collection of knowledge that every person is born with. It is shared by all human beings due to their ancestral experience.

Although individuals do not know what thoughts and images are located in their collective unconscious, it is thought that in moments of crisis the psyche can tap into the knowledge and provide a solution.

The Example of Collective Unconscious

Phobias are just one of many collective unconscious examples. When you think about phobias the first thing that might come to your mind is that people today are afraid of something that could’ve killed them in the past.

Thus the phobia manifests in people who, in all reality, are not at all endangered by the thing they’re afraid of.

Have in mind that this theory is still considered pseudoscientific, but let’s go back to vibrations for a moment. Have you heard of the Akashic Records?

Akashic Records are defined as “a collection of all human events, thoughts, words, emotions, and intent ever to have occurred in the past, present, or future.

They are believed by theosophists to be encoded in a non-physical plane of existence known as the etheric plane. There are anecdotal accounts but there is no scientific evidence for the existence of the Akashic records.”

Basically a collection of knowledge.

And why would you?

You can become aware of the higher knowledge. You can reach inspiration by tapping into the Akashic Records or the collective unconscious because everything is already there!

“My brain is only a receiver, in the Universe, there is a core from which we obtain knowledge, strength, and inspiration. I have not penetrated into the secrets of this core, but I know that it exists.”

Collective unconscious can give you immense creative breakthroughs. Many famous authors have claimed that they have written some of their best work as if possessed, dictated, unconscious!

“I wrote the book almost unconsciously, like a somnambulist, and was amazed when I realized what I had done.”

Goethe on The Sorrows of Young Werther

How do you reach a universal mind that contains all the ideas and knowledge?

First and foremost – you mustn’t let your mind block you. It’s a weird thing to think about, if you plan to get on this journey of tapping into the collective unconscious for inspiration, but you must realize one thing – your mind is the thing that has kept you alive by solving problems.

Did you ever notice how, when you’re bored, you think of the worst possible scenarios?

That’s your mind, giving a problem to itself to get you all worked up and in a state of fight-or-flight. Your hormones get wild, giving the brain a necessary fix, and then “he” is awake to “solve a problem and save you.” 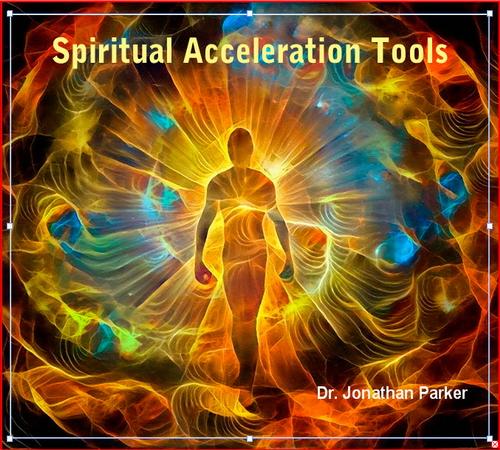 You are wired to survive, but in today’s day and age, there is no need for this kind of behavior – cheetah will not chase you, we promise! – so your mind is playing with you.

All it takes to change it is a realization that this is happening!

Once you realize that, you are ready to go a step further, get closer to collective unconscious and you will be free to tap into the collective knowledge for inspiration. 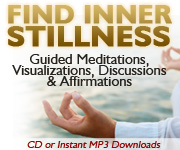 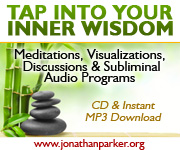 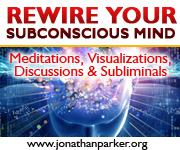 Remember, everything is a vibration, and your brain enters a state of higher vibration while you meditate. Now it’s time to mention one more thing – good things and emotions like love and creativity, have a higher vibration. That’s why you must lift your vibes to meet the vibe of creativity, which is on a higher level.

There are many types of meditation that you can explore. Take the time to learn about those and find what suits you.

Let go of the need for inspiration

When you say you need inspiration, you’re actually sending out a vibrational message that you don’t have it. That’s why you’re not receiving it. Observe it as a mirror – if you say “I need to be inspired.” somewhere out there your reflection will respond “You need to be inspired.”

When you say “I don’t have it” your mirror repeats the same thing. If you release the need for inspiration and say for example “I am the inspiration.” that’s what you will get in return: you will notice that ideas come to you, out of the blue.

Listen to your dreams

Some people get the most inspiring thoughts and emotions during sleep.

Many believe that dreams are portals to other worlds, and even use lucid dreaming as a method of reality shifting. Since our brain changes vibrations during sleep, chances are we can access the collective unconscious while we’re dreaming.

Naturally, this doesn’t mean we’ll have visions that will come true, rather that we’ll get in touch with something more sensitive that exists somewhere out there and comes to us when we’re ready.

Hint – meditation can increase the possibility of lucid dreaming.

This exercise is quite close to meditation. As we spoke in one of our early YouTube videos, try visualizing the garden of ideas. You are in the garden and whichever flower you pluck can open your mind and inspire you.

Observe the flower and let its beauty take you over. When you are done with visualization, rest for a while, and try not to think about what you wanted to write. This also works well with writer’s block.

The important thing to remember is how you feel once you receive what you wished for. By remembering that feeling it will be easier for you to tap into it again, recognize it and reach what you want faster.

For a deeper understanding of the concept of Akashic Records or collective unconscious we recommend you read:

Shouldn’t it be subconscious?
Unconscious is the opposite of conscious; being unconscious you will never get there I guess.

Thank you for your comment! To start answering, I’ll briefly differentiate the subconscious versus the unconscious. Unconsciousness happens automatically and a person can’t observe it through introspection. Subconsciousness is still a part of the consciousness process, only we’re not aware of it, but we can be if we want to. The idea behind collective unconscious is that the world around us is collecting our unconscious reactions and stores it. We can consciously decide to reach it, but we must use higher senses to get there. It goes beyond our conscious/subconscious selves.

Such a nice calm relaxing blog

wpDiscuz
We use cookies to ensure that we give you the best experience on our website. If you continue to use this site we will assume that you are happy with it.Ok