“Start writing, no matter what. The water does not flow until the faucet is turned on.”— Louis L’Amour

“And by the way, everything in life is writable about if you have the outgoing guts to do it, and the imagination to improvise. The worst enemy to creativity is self-doubt.”― Sylvia Plath

Everybody walks past a thousand story ideas every day. The good writers are the ones who see five or six of them. Most people don’t see any.- Orson Scott

“Don’t bend; don’t water it down; don’t try to make it logical; don’t edit your own soul according to the fashion. Rather, follow your most intense obsessions mercilessly.”— Franz Kafka

“I can shake off everything as I write; my sorrows disappear, my courage is reborn.”— Anne Frank

“Words are our most inexhaustible source of magic.”— J. K. Rowling.

“You fail only if you stop writing.”— Ray Bradbury.

“This is how you do it; you sit down at the keyboard and you put one word after another until it’s done. It’s that easy, and that hard.”— Neil Gaiman.

“Write hard and clear about what hurts.”— Ernest Hemingway.

“You have to write the book that wants to be written. And if the book will be too difficult for grown-ups, then you write it for children.”― Madeleine L’Engle

I hope you found these writing quotes helpful in your writing. Please leave a comment if you liked any. Read Thus spoke Zaratustra – My Favorite Quotes here 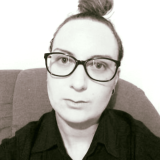